Somewhere in a French palace near Paris is artwork made by Abita Springs artists Gene Culbertson and Gary Achee.

Back in February of 1984, Governor-elect Edwin Edwards needed something to give French President Francois Mitterrand during an upcoming visit, and he remembered the great duck decoy given to him by the Covington chamber of commerce a couple of years earlier.

That duck decoy had been crafted by Culbertson, so another decoy was especially requested from him for Edwards to give to the French president. In addition, Abita Springs signmaker Achee produced an exquisitely carved wooden plaque pledging friendship between the two governments.

Here is the article that described the adventure.

COVINGTON - West St Tammany Parish was well represented during the recent Edwin Edwards trip to France. More than a dozen local people accompanied the governor-elect, sharing in the enjoyment of such places as Paris and Versailles. But two men who didn't get to see the sights and who indeed, "never left the country" will also be remembered by the French and in particular by their president Francois Mitterrand.

For the products of their artistic and creative labors were presented, by Edwards as gifts to Mitterrand.

Edwards himself had been given a piece of Gene Culbertson's finely crafted wooden decoy work two years ago when he appeared at a Covington Chamber of Commerce installation banquet. He was evidently quite impressed because it was Culbertson whom he contracted to prepare what would be his own personal gift to the French president. 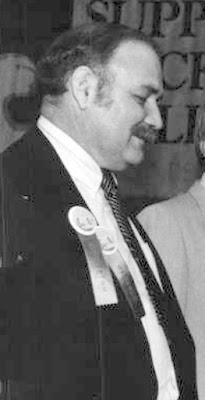 "I was contacted by Edwards probably two and a half weeks before he was going to leave," said Culbertson. "I had a gift show at the World Trade Mart in Dallas coming up, and I had to build his thing in between everything else I was doing. I finished it on Wednesday and personally took it to Baton Rouge. They thought it was the prettiest thing they'd ever seen, and they said they were extremely excited about it. Then they left for Paris the next day "

Culbertson had fashioned and decorated a trunk-sized wooden box, its inner space divided into two chambers. Inside he placed two duck decoys one carved by Clovis "Cadiz" Vezier Sr. in approximately 1910, and the other a mallard or French Duck hewn by himself.

"I also put in a story about Vezier and how his father Beauregard had come over from France," said Culbertson. "I wanted to tie in Louisiana and its people to the French.

"Beauregard settled here and raised 10 kids. Clovis carved decoys and hunted for a living. Decoy making was a form of early American art and it looks like the work is becoming very collectible today," he said.

The Covington craftsman himself has the ability to fashion from a piece of wood creatures and objects so intricately detailed and incredibly lifelike that feathers appear soft to the touch. For Edwards or Mitterrand, he set a mallard in a hand made swamp scene complete with water roots, swamp grass and more.

"When I took it to Baton Rouge, they were all extremely proud." he said. 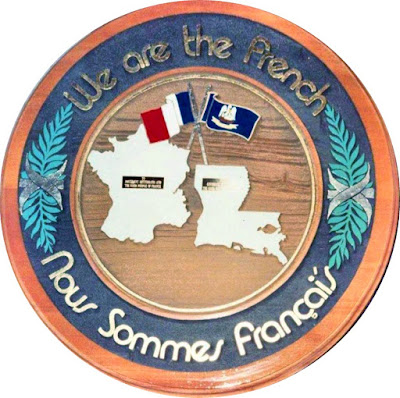 Achee, an Abita Springs sign maker who happens to have learned his trade from his cousin Gene Culbertson, designed and then fashioned a circular cypress plaque bearing the sandblasted relief inscription "We are the French - Nous Sommes Francais" in gold leaf around its outer edge, and maps of France and Louisiana, their flags crossed in friendship, against a finely-grained background m the center. 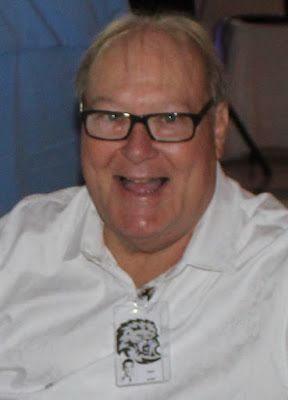 "It includes the people with the politics said Achee. "It was kind of a mutual idea of Mark Delesdernier and myself. Mark said he was going on the trip and that if I wanted to make something he'd present it. It was probably around Christmas that we decided to do it. We did it because we're French."

It took Achee approximately one week, including "a couple of days to work out the design" and more to fabricate and finish the protect. The wood is rich and lustrous, and Achee's fine craftsmanship wonderfully compliments the natural beauty.

In the end it was the artist's sister who presented the plaque to Edwards who in turn gave it to Mitterrand. The governor elect was obviously impressed with Achee's work as well.