In 1905, this report was published about the Neuhauser Brothers store in Slidell:

NEUHAUSER BROS. composed of Messrs. N.G. and A.S. Neuhauser, conduct one of the principal Mercantile establishments at Slidell, carrying an extensive assortment of goods.. Mr. N. G. Neuhauser has for thirteen years been the Station Agent. He is a large holder of town and country real estate and takes an active interest in educational affairs. His brother is well-known as having been the Manager of the Slidell Brick Works. 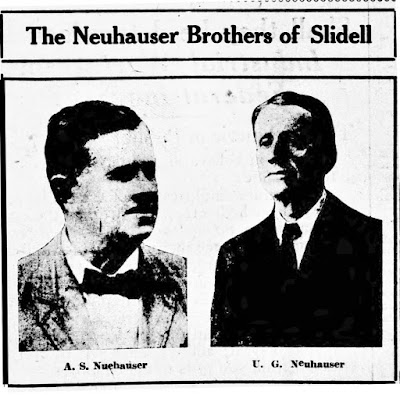 Three years later, this article appeared in the St. Tammany Farmer of Jan. 11, 1919: 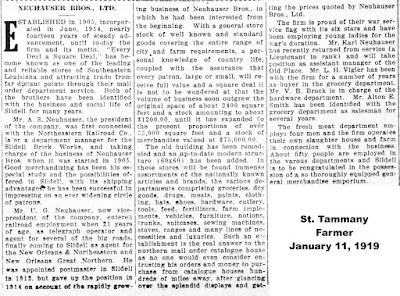 Click on the image above to make it larger and more readable. 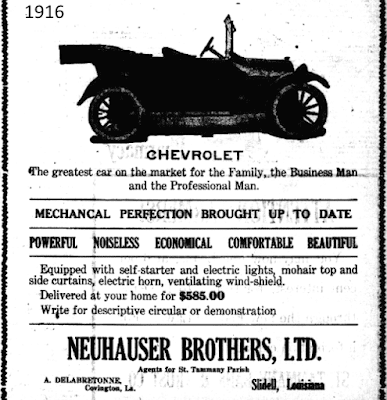 The store offered a wide variety of goods, including automobiles. 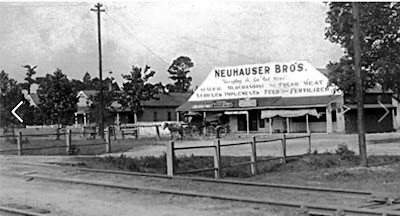 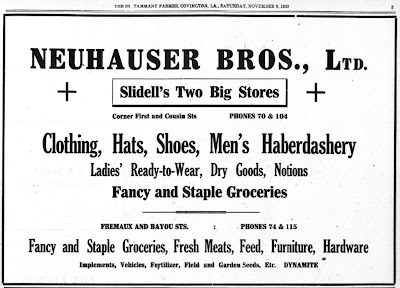 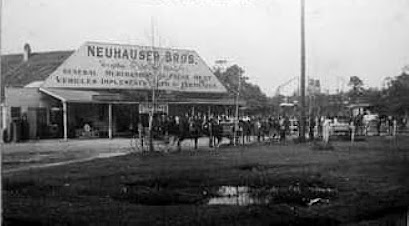 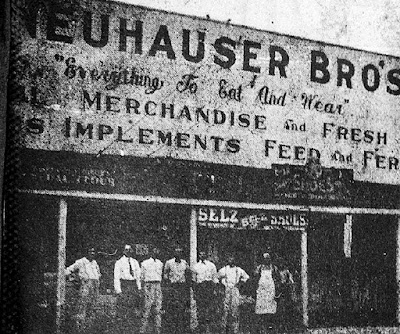 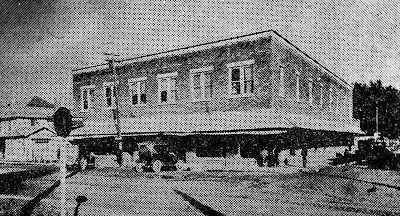