Carol's Map Place was a store in Boston Commons in Covington that was owned by Carol Jahncke. It kept a wide variety of maps in stock, everything ranging from globes and atlases to fishing charts and road maps for faraway places. It was the first place that my cartoon pictorial maps were for sale. Click on the image to see it larger. 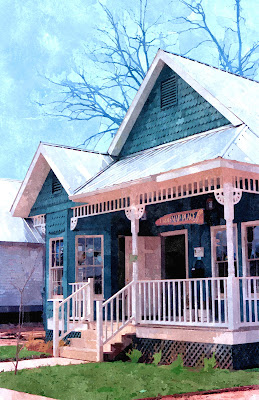 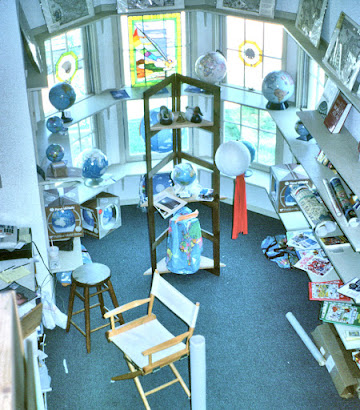 Carol wrote a number of children's books, one called Louisiana Visit was also made into an audio cassette. Below is a picture of her holding one of her books called "Fintu." 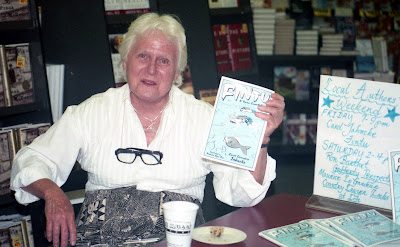 Her bookstore, Carol's Corner Bookstore, had been located on Lockwood St. in the middle of the block between Columbia and New Hampshire, then she moved it to the corner of Lockwood and Columbia. The bookstore spent some time on Lee Lane, then was moved to Boston Commons and combined with maps. Polly Anderson worked with her at a number of those locations. 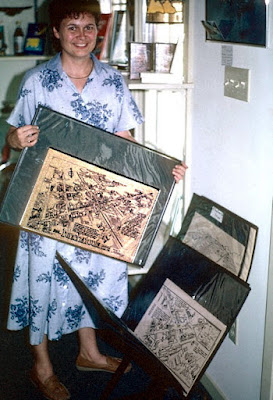 Boston Commons is a small shopping area at the east entrance of Covington that features a number of small shops and offices built in old-fashioned style, with front porches and interesting exterior siding. They are located on the former site of the Holden's Texaco Service Station which was a community landmark for years.
See also: 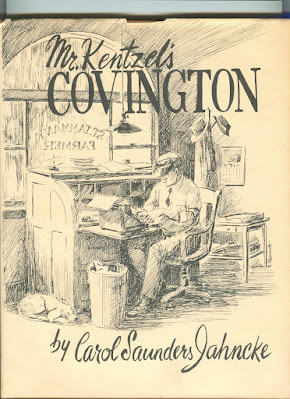