The St. Tammany Parish Public Library began in 1950 as the result of many volunteer leaders coming together, holding meetings, and making it happen. 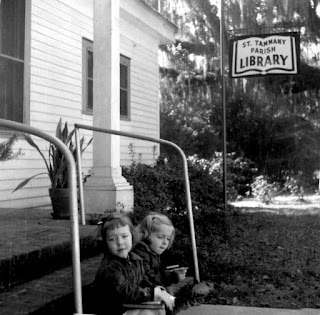 Children on the library front steps in 1956, checking out their books. 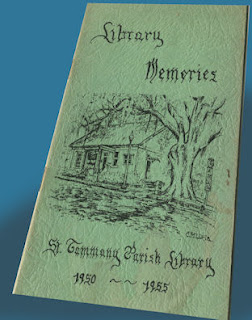 Here's a booklet, put out in 1955, that tells the story of the library's first five years. It's called "Library Memories." There are three pages. Click on the images below to see the pages full size.

Here's a photo of the first library building, which is located on Boston Street just west of Vermont Street. The building is now used by a couple of hair cutting establishments. 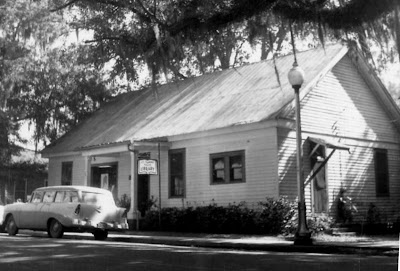 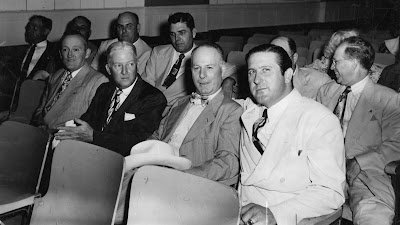 The opening of the public library in St. Tammany brought many local and area dignitaries to the event. Among those attending were (from left to right front row) Ivy A. Champagne, Covington area police juror; District Attorney James T. Burns; Covington Mayor Emile Menetre, and Erwin J. Rausch, Abita Springs area state representative. On the rear row, from left, are Mayor Charles Koepp of Madisonville, Mayor John Leveson of Abita Springs, and Giles Pennington, member of the town council. 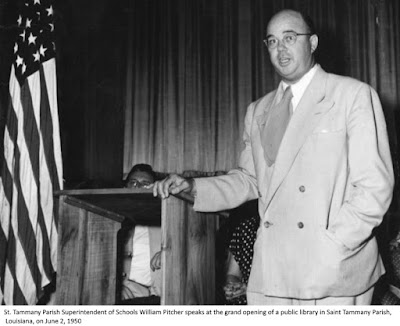 The library visited children throughout the parish with a bookmobile. Here are some photographs from the early 1950's. 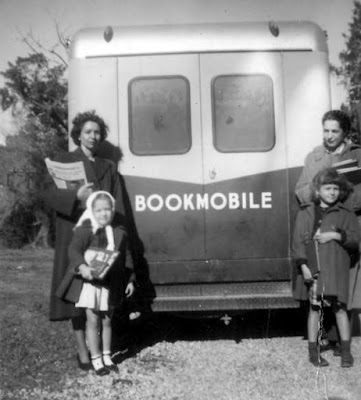 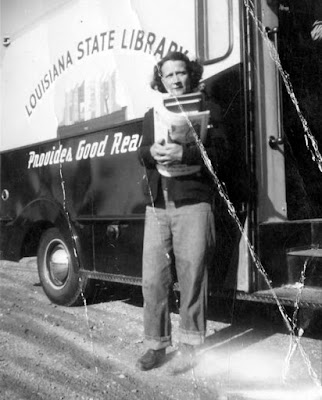 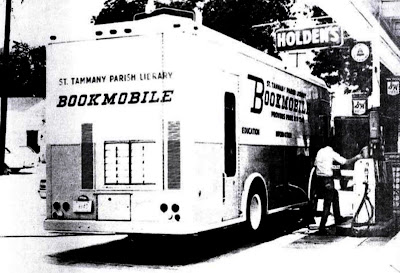 In 1972, the following article was written about the St. Tammany Parish Public Library in Pathways Magazine. Click on the image below to enlarge the text for better reading. 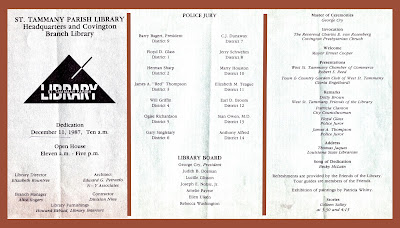 On December 11, 1987, the new Headquarters building and Covington Library was dedicated. 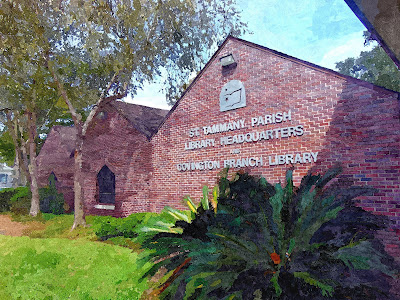 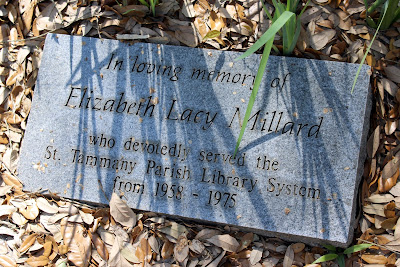 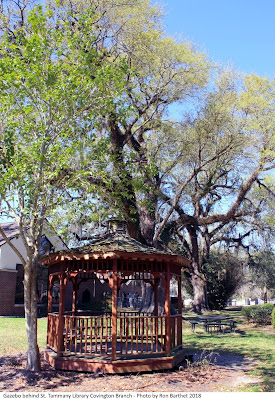 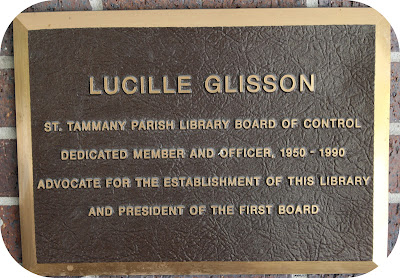 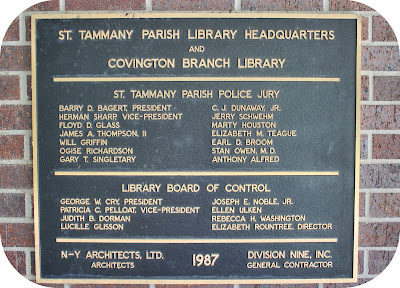 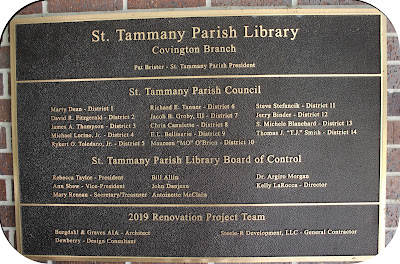 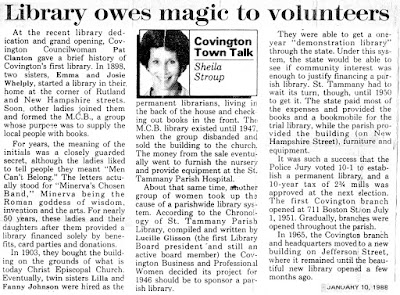