Perhaps no other building in St. Tammany Parish has had as many ups and downs in its history as the two story Southern Hotel in downtown Covington. Presently, it is in peak condition, proudly serving as an award-winning boutique hotel after extensive renovations a few years ago. 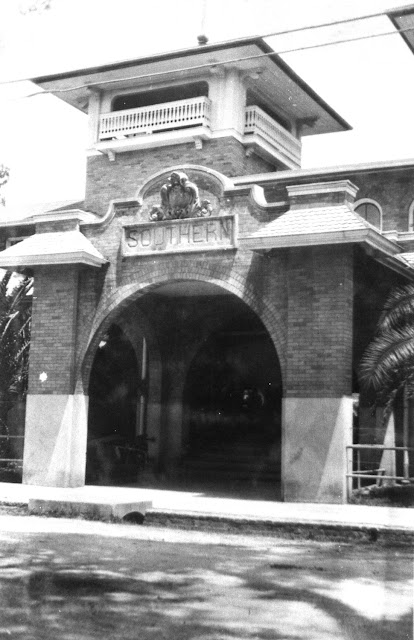 That wasn't always the case, however. Here's an account I found in my files of the saga of the Southern Hotel between 1907, when it was first opened, and 1983, when it became offices for the parish government and the 22nd Judicial District. Here's the narrative:
"On June 1, 1907, the Southern Hotel, a large Spanish-Mission style building on the corner of Boston and New Hampshire Streets in Covington, opened its doors with a gala banquet, entertaining guests from New Orleans, Mississippi, and various other areas.

An article about the opening of the Southern Hotel 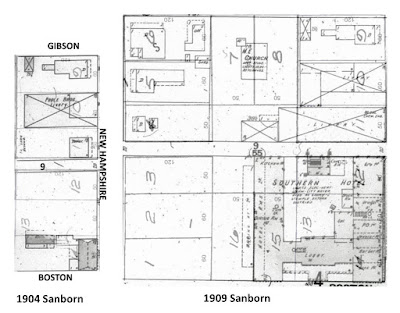 Two Sanborn city maps, one from 1904 before the hotel was built and the other from 1909 after it was built.

A luxury resort hotel, it offered 43 handsomely furnished rooms, all fully carpeted. In the following years, the 72 foot by 38 foot formal dining room was to see many more extravagant dances and social affairs. From the vast kitchen, each celebration brought forth a feast of locally caught game, fish, and seafood delicacies, prepared by a chef who had, on two occasions, prepared meals for the late United States President William McKinley.

An artesian fountain danced in the center of the spacious lobby and expansive verandahs overlooked abundant, lush landscaping, giving it a tropical feeling. All this was enhanced by clean refreshing air and sparkling artesian water, both widely known for their curative powers.
In 1912, Dr. F. F. Young bought the hotel and used it as a sanitarium.

However, several years later, the still handsome building was once again operated as a European-style resort hotel. It served as a communications center, housing a Western Union terminal, bus and wagon depot, and the only Post Office in the area. 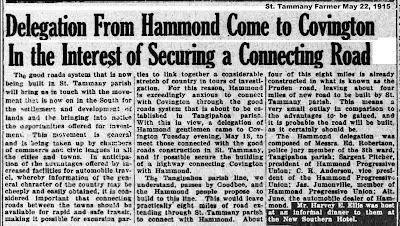 In 1917, the Southern Hotel filed its Articles of Incorporation for its charter. Click on the image below to enlarge the view. 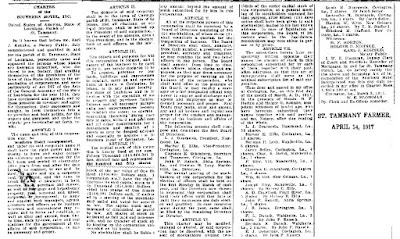 And from a 1935 visit by a New Orleans newspaper food critic: 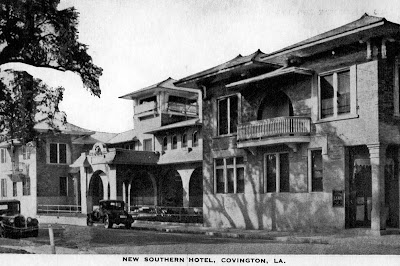 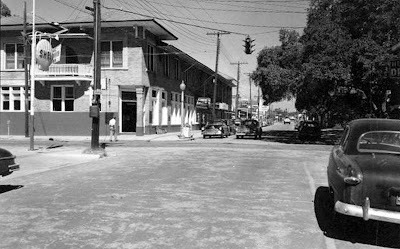 In 1959, Governor Earl K. Long made it his headquarters for several hours following his lunacy hearing at the old Covington High School gymnasium. 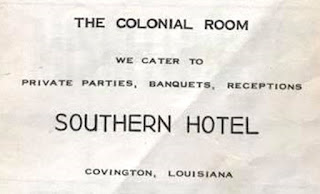 In the 1960's, the stately edifice was closed to guests. The first floor held rental shops. The upstairs was home only to the pigeons.

On January 8, 1981, the Parish of St. Tammany purchased the building from the Burns family for $500,000 and renovations began. Some $984,000 worth of restoration turned the old hotel into a showcase office complex and returned an historical landmark to its former elegance in downtown Covington.
Money for the purchase and renovations came from a combination of several federal agencies in the form of loans and grants. It may be the only government building in the state, indeed the nation, housing a public bar. However, the tavern's only entrance is from the street. 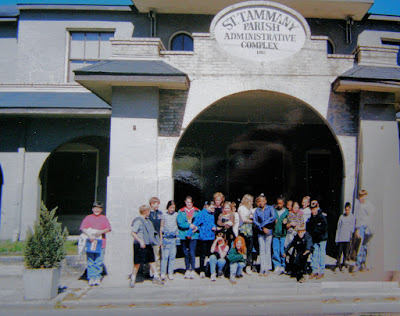 Wide and handsome brick arches across the front give the massive building an air of nobility as well as stability. It is separated from the St. Tammany Parish Courthouse by New Hampshire St., and is now officially the St. Tammany Parish Administrative Complex. It houses the Parish Administration, Parish Council, District Attorney, Part of the 22nd Judicial District Court, and the Department of Development on the second floor. The purchasing department, financial administration office, personnel, insurance and Veteran's Affairs Office along with private businesses occupy the ground floor.
Due to the perseverance of many people and financial aid from a local benefactor, the "Old Southern Hotel" is again a showplace. More than mortar and  brick, it is a living symbol of the continuity of parish government and the people."
And that's the end of the 1983 account. So the Southern Hotel has always played a key part in Covington's history over the past 100 or so years, and it continues to attract admiration for its newly restored 2016 splendor. Here's a link to some pictures from the past.
And here is a link to the new Southern Hotel website. 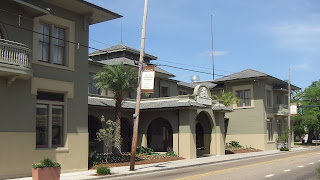 Here's an account of the Southern Hotel history by Les Landon.
Click on the image to view a larger, more readable version. 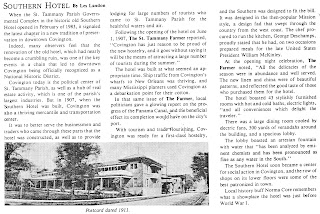 Click here to view a video produced by Dale Smith about the Southern Hotel.

Over the past 110 years, the Southern Hotel property has had several owners. The building and grounds are located on Lots 12,13,14,15,and 16 in Square 9 of the Division of St John, the historic district of Covington. In the center of the block was a 50 by 38 foot parcel making up Ox Lot No. 9. The following list of owners was compiled from a variety of courthouse records.

Six years after that, on March 12, 1917, there was an agreement signed between St. Tammany Bank and the New Southern Hotel Co. that transferred all property they acquired to the bank.

The following year, on October 14, 1918, St. Tammany Bank and Trust acquired the property from the Southern Hotel Inc. in "settlement of mortgage debt."

Two years after that, in March of 1928, those individuals formed "Covington Investments" and transferred ownership of the Southern Hotel property to that business entity.

Twenty years passed before the next acquisition. On February 6 of 1948 Bryan D. Burns and Philip Burns acquired the hotel property from Covington Investments, which was in liquidation.

In early December of 2003, some 22 years after the previous transfer, Ozone Properties acquired the hotel building and grounds from St. Tammany Parish.

The current owners are listed as Condrey Southern Hotel LLC.
Here's a video about the newly re-opened hotel that was produced in 2019.

Planning for the Causeway

Businesses Located Inside the Southern Hotel
Posted by Ron Barthet at 1:52 PM