An Interview With Walker Percy - 1975

Back in June of 1975 I interviewed Dr. Walker Percy, a Covington resident well-known for his nationally-acclaimed novels. His new non-fiction book "The Message In The Bottle" had just been published, and we talked about it at length. Of particular interest was his belief that the nation would be much better off if everyone could just use a little old-fashioned Southern hospitality to get along with each other. 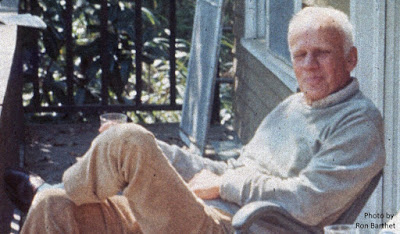 Here is a picture of Walker Percy on the porch of his writing place
at the St. Tammany Art Association in Covington.

A 1975 Interview with Dr. Walker Percy, Novelist
by Ron Barthet

Below is the historical marker that greets motorists as they drive into Covington over the Bogue Falaya Bridge, not far from the location of Percy's office on Lee Lane. 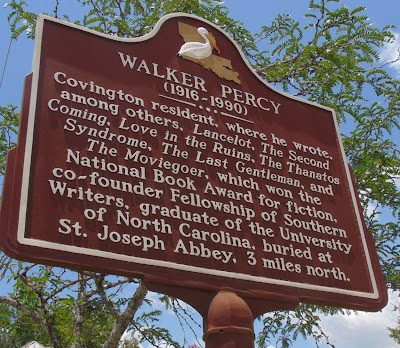 Four miles out La. Hwy. 21 from Lee Lane is another historical marker about Walker Percy. 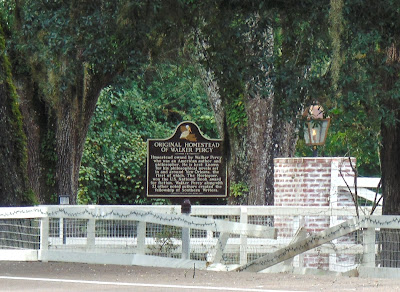 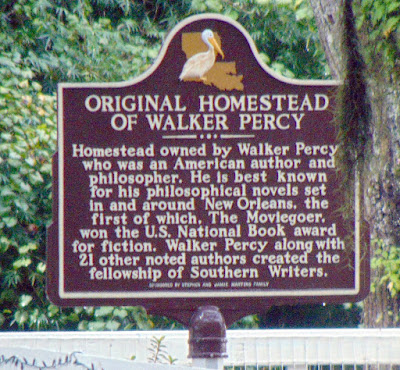 In 1983, Gambit Magazine ran the following article about Walker Percy: 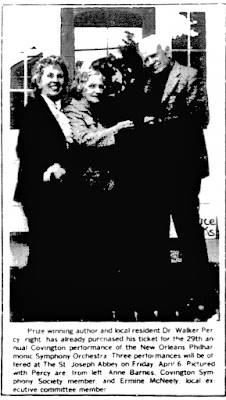