The first official state equestrian team was a big deal for St. Tammany, a parish already well known in the 1970's for its thoroughbred horse ranches and training facilities. The training of hunter/jumpers was coming into its own as well.

Click on the image of the article below for a larger, more readable version of an article I wrote in 1973. 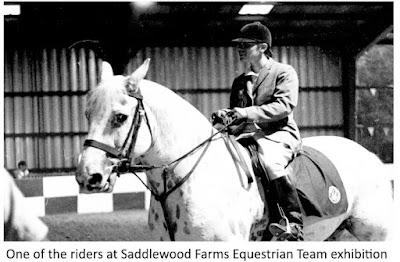 The following information is from the Feb. 1972 Issue of Pathways Magazine, 44 years ago. Click on the images to make them larger and more readable. 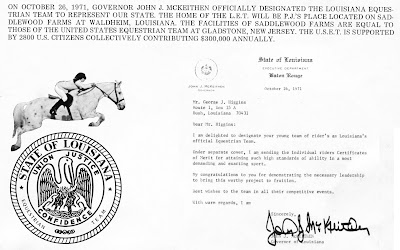 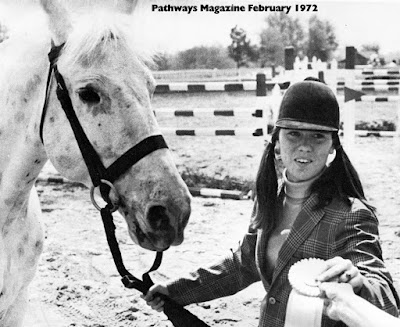 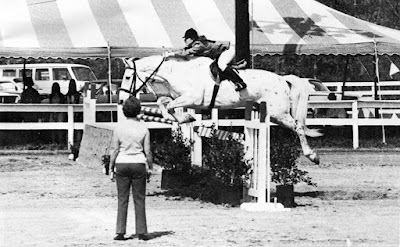 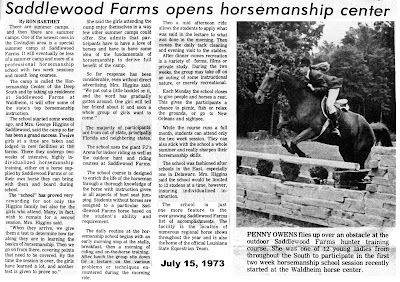 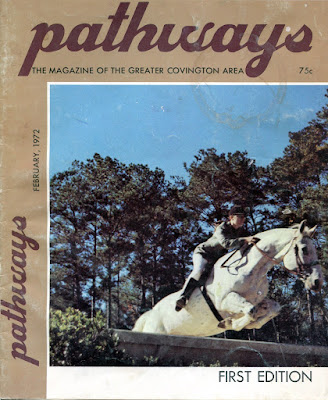 This is a photograph (below) that I took of three visitors touring the Saddlewood Farms facility during the "Discover St. Tammany" Tour in 1972. 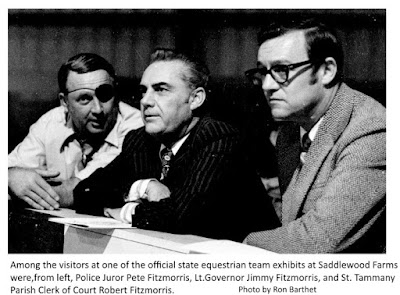 One day I was covering a tourism convention in Baton Rouge and taking pictures at the associated trade show. I came across the exhibit for the first official state equestrian team, the honor that had been bestowed upon George Higgins of Saddlewood Farms in Waldheim. Higgins was there trying to promote awareness of his newly designated team and was really hoping to get a chance to talk to Governor Edwards.

After a few minutes, I saw Governor Edwards hurrying down the hall with three or four other men talking to him. So, stepping right in front of him, I pointed to my camera and motioned to Higgins' exhibit booth, saying, "Picture, Governor?" He stopped, posed with Higgins and his wife, and they spoke briefly about the equestrian sport and St. Tammany's excellent stake in it.