Some 61 years ago, the Louisiana Dept. of Public Works, in conjunction with the St. Tammany Parish Planning Board, gathered a wealth of historical information about the parish and printed it in a large booklet, along with a variety of other demographic and statistical data about the area. The first section of the booklet dealt with St. Tammany Parish history, and here is a link to a PDF file showing the extensive information that was gathered about the area's past. 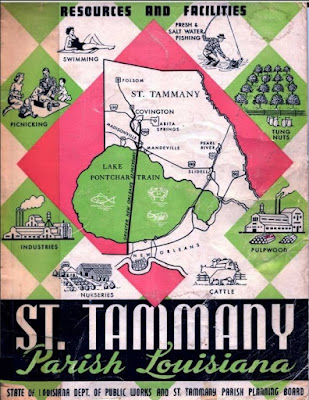 Click on the images below for larger more readable versions. 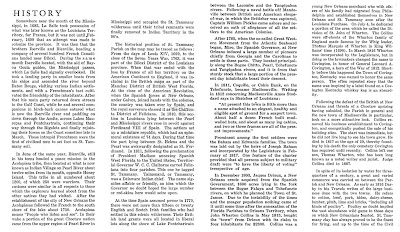 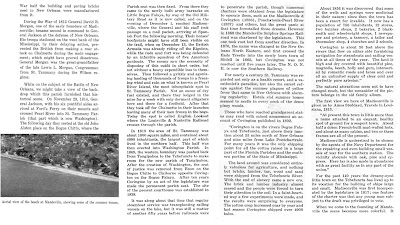 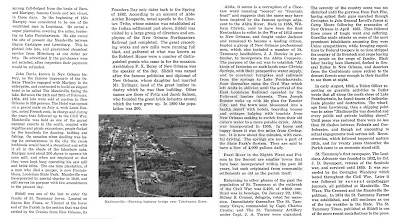 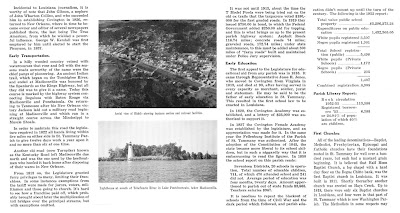 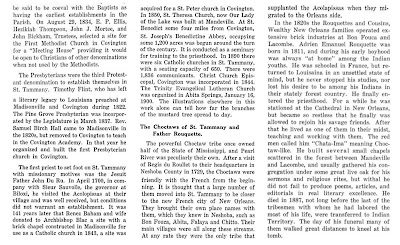