In 1975 well known local travel agent Don Phillips and his wife, real estate broker Jenny Phillips, bought a travel trailer and set off to discover backroads America. They had traveled all over the world in his work as a travel agent, but it was time to get close up and personal with the United States. Plans were made, maps were marked and they set off for the grand adventure. 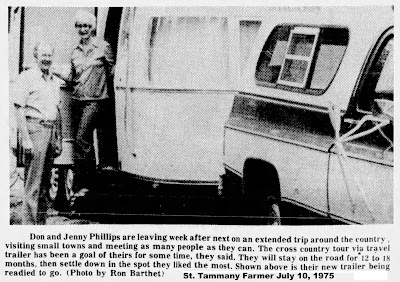 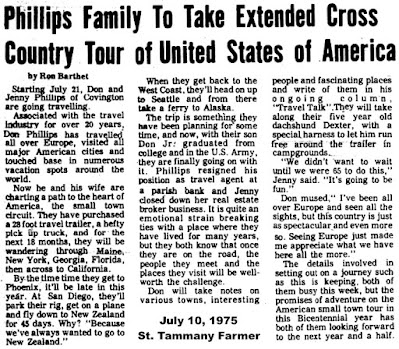 Unfortunately, living in a travel trailer, stopping at a different campground each night, soon lost its luster and then, two months after they set out, they were involved in a serious accident on the highway. That sort of brought things to a standstill, literally and emotionally. They wound up in Austin, Texas, where they bought a house, started a vitamin shop in the college town, and did rather well in the health food business. They got healthier, wealthier, and happier in their new abode, putting their travel plans on hold indefinitely.

I went to visit them a few times, and was amazed to see the vitamin shop flourish with its version of the "smoothie," a relatively new idea at the time. I think they opened up a couple additional shops.  It was a great adventure for Don and Jenny both, even though it wasn't the one they had planned on.
Don died in 1996 at the age of 68. 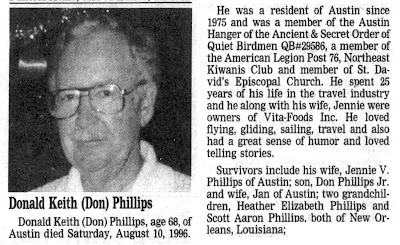 From the Austin (Texas) American Statesman
Don Phillips Jr.
I went to college with their son Donald K. Phillips Jr., and he became a good friend. He was active in radio production at WARB radio station in Covington for a while, but eventually followed his parents to Austin, TX, where he became involved in a wide variety of activities. 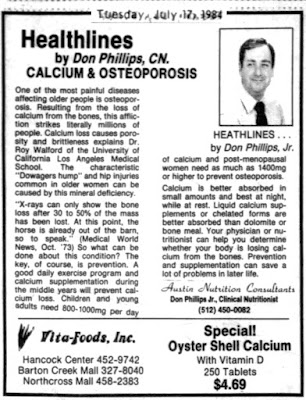 He became a "health counselor" in the 1980's
His work as a traffic reporter for a local radio station was legendary as he brought into use all kinds of new technological advancements to help daily commuters navigate through the maze of concrete highways. 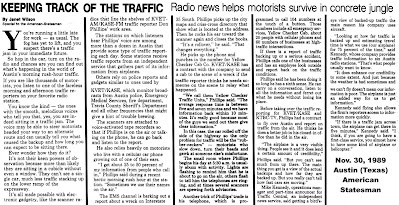 His voice on the radio was heard by thousands of motorists each day. 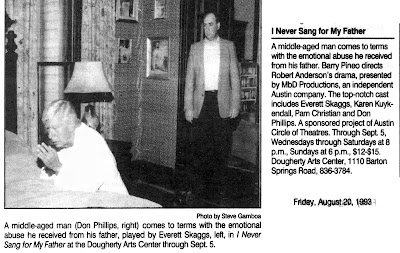 In the 1980's he was active in local theater productions, and a few years later he founded a theatrical company that produced murder mysteries for special events and conventions. 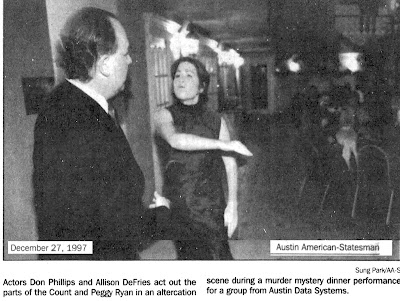 His Obituary
According to the Austin American-Statesman , published April 9, 2003, Don K. Phillips Jr. died suddenly on Friday, April 4, 2003, in Austin at 49 years of age.

He was born in Dallas, Texas, on September 25, 1953,  and grew up in Dallas, Cleveland, and Covington, LA.
"Graduating from Southeastern Louisiana University in 1975, he entered the United States Army as a second lieutenant, serving with 101st Airborne Division as a signal officer and a courier officer until 1979 when he received an honorable discharge.
"While in the Texas National Guard, Don was promoted to rank of captain, serving in the public information office at Camp Mabry and as a selective service officer. As a teen, Don became interested in broadcasting, beginning a career that lasted more than 30 years," his obituary went on to say.
In Austin, Don worked at in radio production with a local station, later becoming a helicopter traffic reporter with Skywatch Traffic. He also worked in the traffic reporting departments of two other radio stations.

"Don did post-graduate work in the field of nutrition, receiving a master's level certification while working at Vitafoods, Inc., his family's business. He later opened his own nutrition counseling office in the mid-1980's. 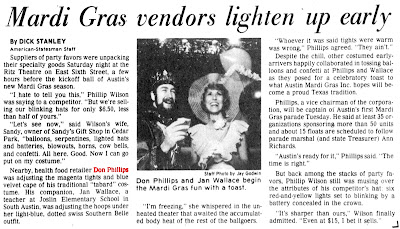 According to an article in the February 13, 1983 issue of the Austin (Texas) American Statesman, he brought Mardi Gras festivities to Austin
He married in 1987. In 1992, Don and a business partner began Murder by Design, an interactive murder mystery theatre company. He continued his own career in film, television, commercial video and theatre in addition to his role as owner and operator of MBD Productions," the obituary concluded. 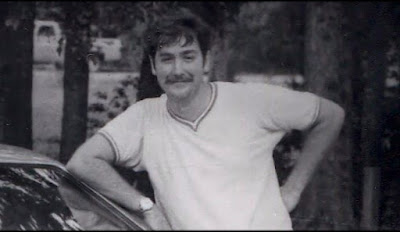