This group of men posed for their picture in front of the Southern Hotel in the year 1924. They were meeting to discuss the possibility of a Lake Pontchartrain Causeway linking St. Tammany Parish with New Orleans. 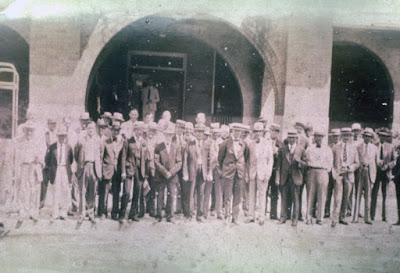 Prior to the Causeway, cars had to take Hwy. 90 to Slidell first, and then come through Lacombe to Covington. A 1926 meeting in Covington involved a visit by 29 state legislators who were in the area to tour possible sites for building the Rigolets lake crossing. At the same time, local promoters were pushing the idea of a causeway across the center of the lake using a series of islands connected with short bridges. The building of a bridge across the lake was a hot topic and ideas were were flying back and forth.

On April 10,1926. the following map and article were printed on the front page of the St. Tammany Farmer. This map shows the proposed building and location of islands across the lake. Click on the images below to see a larger version. 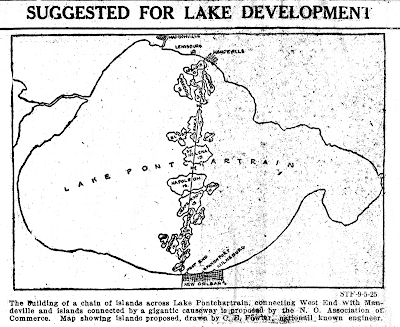 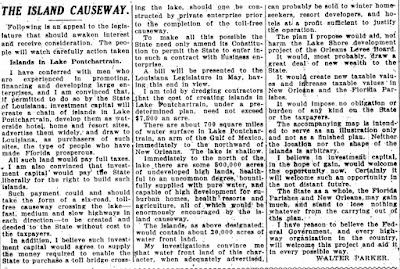 Here is an article about the meeting of the legislators looking into a free bridge near the Rigolets. 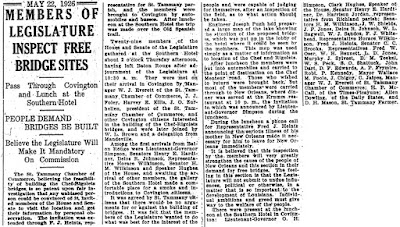 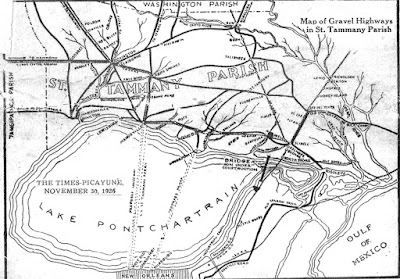 Even as far back at 1911, articles in the St. Tammany Farmer were reporting the following:

A resolution passed in 1911 during a huge meeting in Mandeville between St. Tammany and New Orleans leaders concerning the need for a bridge to be built: