Several St. Tammany Parish news media representatives came together in the late 1970's and formed the St. Tammany Press Club. We would meet each month to hear a different speaker from the political, civic or business realms and learn about things that the normal day to day news feed wouldn't normally allow. John Fahey was president one year, and I was president for another year. It lasted three or four years, and we had such speakers as Cajun humorist Justin Wilson, CLECO engineers, politicians and historians.

The weirdest talk we heard was from a CLECO spokesman who explained why the high-tension powerlines strung through the Pearl River Swamp had a tendency to short out every so often. It had something to do with birds sitting on the top line pooping and the bottom two lines being short-circuited as a result. The Press Club also put out a monthly newsletter, and I remember the April Fools edition being especially popular. The Press Club had a number of "associate" members who took an active part in the goings-on, politicians and community activists who appreciated a chance to meet with press representatives each month in a relaxed environment.

Anyway, over time, interest in the Press Club waned, and we decided to close it down, donating the remaining balance in the treasury to the Fairhaven Children's Home, which was rebuilding a part of its building complex that had burned. Click on the image below to see a photo of the check being donated to Fairhaven. 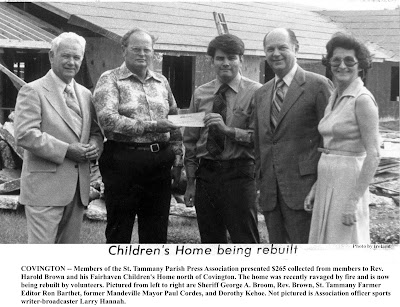 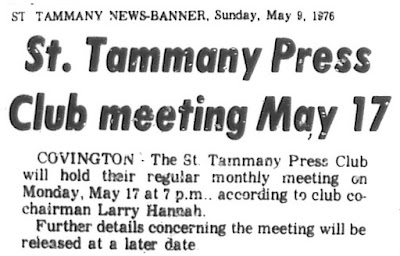 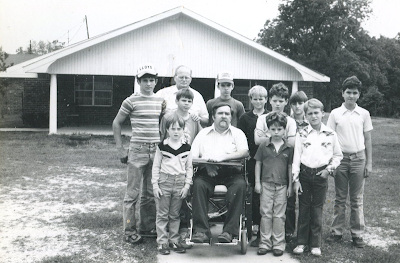 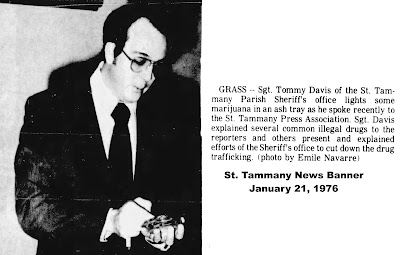