Greater St. Tammany Airport east of Abita Springs used to be home to a sailport, a place where enthusiasts for gliding sailplanes could pursue their sport. 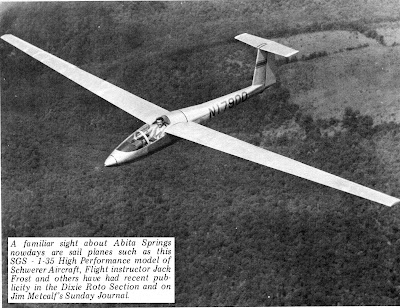 Here's the article I wrote about the sailplane activity in St. Tammany. Click on the image below to see a larger version.

My friends Don Phillips and Jack Frost were both sailplane glider pilots and invited me up for a sailplane ride. Well, I thought, why not?  I climbed in the sailplane cockpit with Jack, and we were pulled down the runway and into the air by a small tow plane. Everything went well until the tow plane let go, and I found myself several hundred (thousand?) feet up without an airplane motor.

We circled around and around the airport for quite a while, viewing the scenery. Apparently you don't get too far from an airport in a sailplane. But eventually we came down, then down some more, and lower until the tree tops had individual leaves. I didn't know it at the time, but Jack had lined us up with the runway, and we were approaching the airport from the north over the pine trees, but I couldn't see that from where I was sitting. Suddenly we cleared the trees and there was the runway, but Jack still had to drop another 100 feet. So he just yanked the controls sideways, the sailplane nose jerked to the left, and we fell like a rock. That was something I should have been warned about, because at that point I thought we had bought the farm, if you know what I mean.

At the last minute, he straightened us back out, and we glided down onto the runway quietly, landing without incident. It was my last sailplane ride. 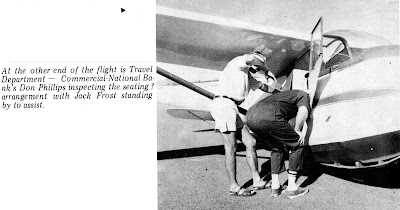 Later the sailport moved to a piece of land just north of Robert, La., near Hammond. 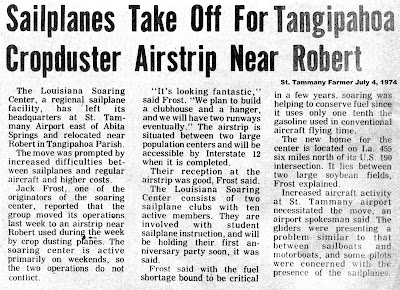