The Grapico Bottling Works was established in Covington in 1922 and went on to become later known as the LeBlanc Bottling Works, putting out such national favorites as Orange Crush and Delaware Punch. Here's a photo and letter telling about the company and the men who started it. 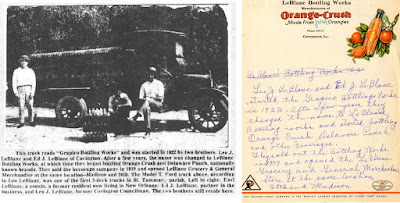 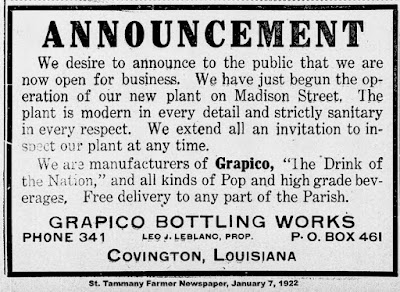 Mary Ann Bridges Fontenot over on the "Remember Covington..." Facebook page, said that Leo J. LeBlanc, her maternal grandfather, started out working as a clerk in his father’s store, LeBlanc’s Grocery and Meat Market. 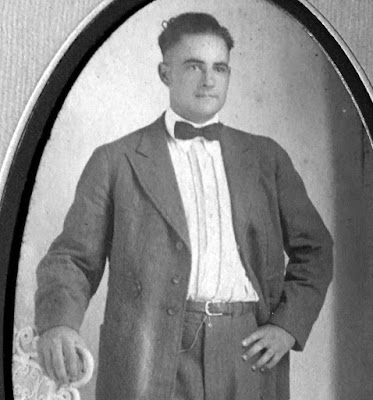 Leo LeBlanc
"He worked many odd jobs along the way in order to help his family make ends meet. By the age of 22, Leo had worked his way up to co-owner. Never one to shy away from hard work, he was soon delivering bottled sodas for Grapico Bottling Works."

He is pictured below with his cousin Earl LeBlanc, standing; brother Ed, crouching; and Leo, seated. 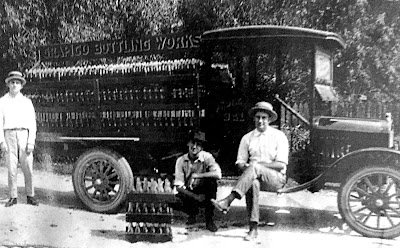