No visit to downtown Covington would be complete without stopping in the H. J. Smith's Sons General Merchandise store in the first block of Columbia Street, north of Boston St. It has just about anything a person could want in a hardware store, plus all the other items that range from army surplus to artistic metal sculptures. 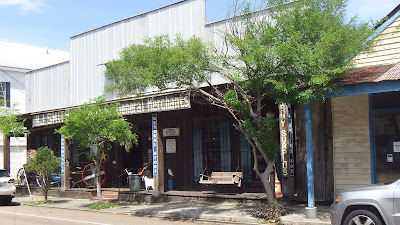 It's been there a long time, so long in fact that it is a key part of Covington History. And to prove it, there's a museum accompanying the business, a museum with a fascinating array of photographs, artifacts, farm items, household items, and, well, you will just have to go see for yourself.

Below is an article about the history of the store, as published in the St. Tammany Farmer of July 4, 1976. Here is the text from that article:

Covington bustled with commercial and trading activity in the 1870's. Farmers and timbermen hauled their goods down muddy Columbia street to the river landing on the Bogue Falaya and from there shipped it down to New-Orleans,

The St Tammany Farmer, began publication in 1874, and two years later, H J. Smith opened his general merchandise store at 308 Columbia street. That store celebrates its l00th anniversary this July 4, and it retains much of the same look it had that five score years ago.

The store and warehouse were built by Henry James Smith to serve cotton farmers and others with non-perishable crops He would extend them credit for groceries. seed and utensils and when the crop camp in, they would store their goods in his warehouse until the market was best, at which time he would roll them down m the river landing and sell them.

Smith's father had opened a hardware store in the next block closer to the river around 1849, shortly after he  and his family, including 12 children, settled in the Covington area. H. J Smith expanded his store as the business grew, adding flooring to the rear and enclosing in a dock area. His sons, John Louis Smith Sr. and Julian H. Smith took over the business in the 1890's. 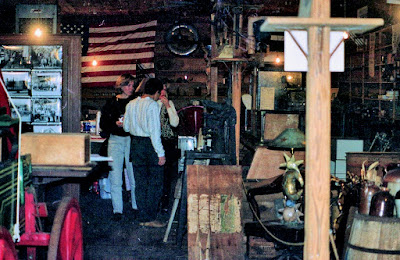 The present owner and operator is J. Louis Smith Jr He came into the business at the age of 12 around 1932. That was the year the store phased out the cotton brokerage and expanded into the building supply business. 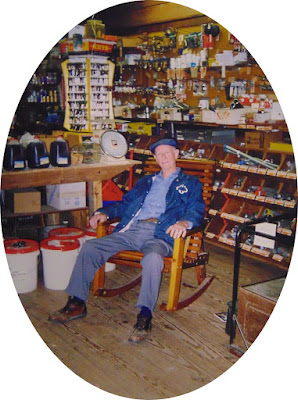 In the early 1900's, the cotton crop began to fail, so the use of the warehouses to store cotton dwindled. In its heyday, the general merchandise the store offered included piece goods, canned goods, foodstuffs, hats, clothing and other household items.

The wood-grained floors and quaint appearance of the store have stirred the hearts of historical preservationists, and two renovation projects considered by Smith have been abandoned after customer protests The store had been marked for condemnation by authorities, but it was saved by the pleas of those who felt it was too historical.

Since then, the walls and back rooms of the store have become probably the only living museum in the area. Smith has collected thousands of items of more than nostalgic interest: his display of old photographs has attracted a good bit of attention, also.

In one area, he has a complete set of old carpenter wood planes, originally owned by two German brothers who had come to the area. He has also taken in museum pieces from other collections which were in danger of being lost.

Smith hopes to set up a better-arranged museum one day. He recalls how men used to sit around the pot-bellied stove in his father's store playing cards all the day; how Columbia street used to be nothing but mud through which wagons full of goods rolled.

Behind the store is the old cotton warehouse. His grandfather purchased a small blacksmith's shop on the nearby ox lot and built on it his first small warehouse One can still see the brick footings of . the blacksmith's shop To this small building, more storage space was added, some of which served as stables for the horses of farmers who brought their goods to Covington.

H. J. Smith was a good friend to many of his customers, and in addition to providing stabling for their horses when they brought in goods from far north, he would house them in the two story home directly behind the present store.

Modern builders could certainly learn something from the old housebuilders, he said. In the rear of the large house is a summer dining room and a winter dining room. Each had a comfortable temperature for its season.

The store will eventually pass oh to the fourth generation of Smiths, represented by the sons of Louis Smith Jr., Jack Smith, Larry Smith and Eugene Smith. Smith also has two other sons, Jim, who is now at the University of Southwestern Louisiana and Kevin, now in the sixth grade at St. Peter's School in Covington. The first three are now active in the operation of the 100 year old business.

Even though the store will be marking 100 years this July, Smith has no plans to modernize it, since his customers prefer to trade with him in the atmosphere of the store as it is. It is only one of a few original Covington stores left, and he knows the public appreciates that fact. 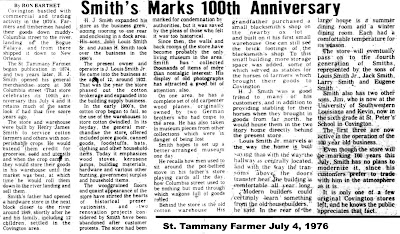 Here are some old photographs of the place more than 100 years ago. 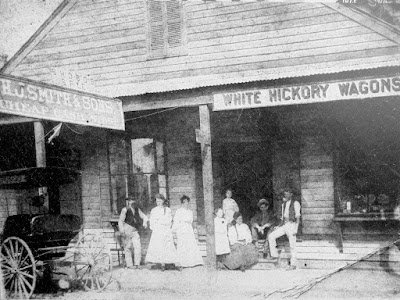 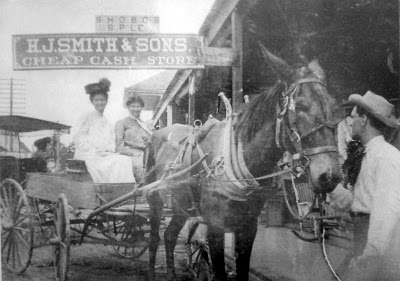 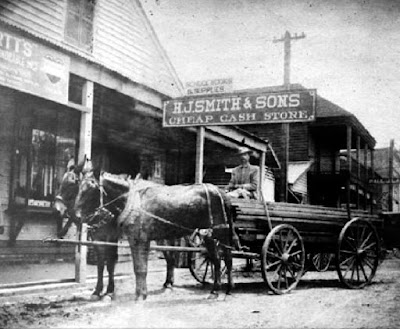 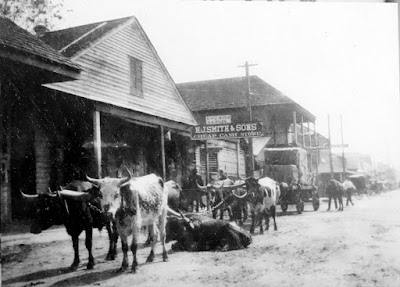 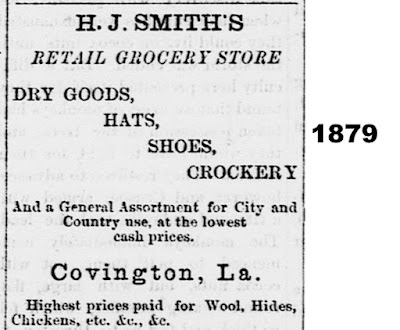 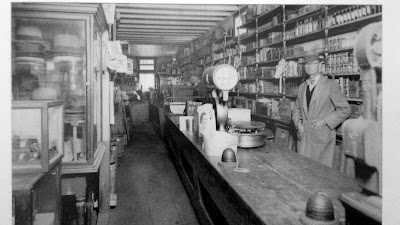 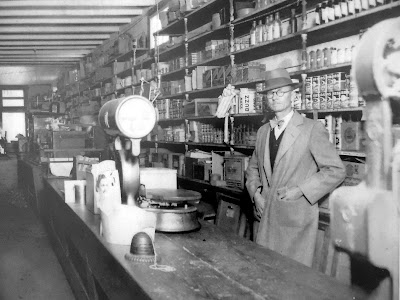 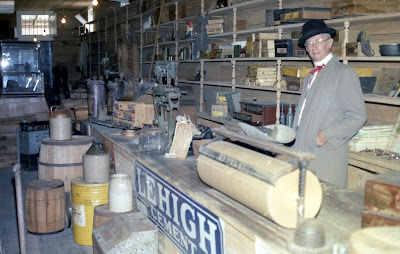 You will find below a newspaper article from the Times Picayune in 1988 that gives you the rundown on the place, which has only gotten better with time. Click on the image of the article to see a larger version. 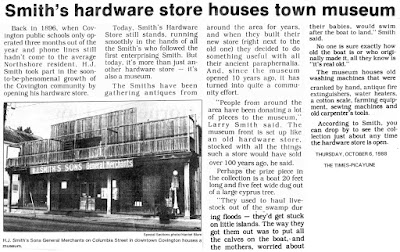 And pictured below is a group portrait of the Smith family that I took on the front porch of their general merchandise store back in 1976. 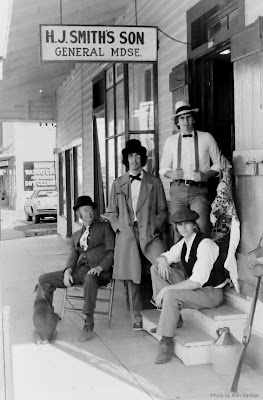 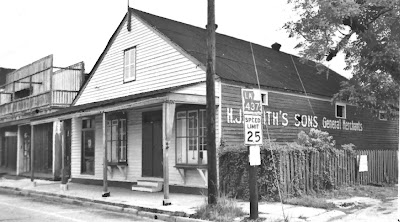 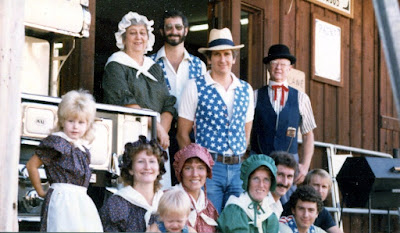 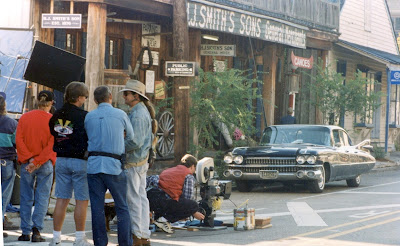 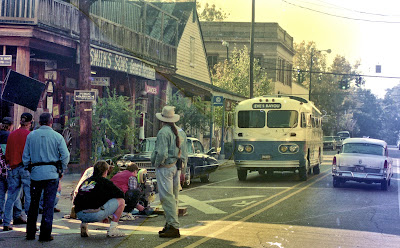 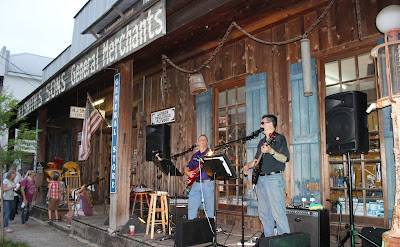 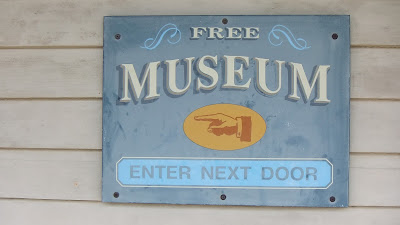 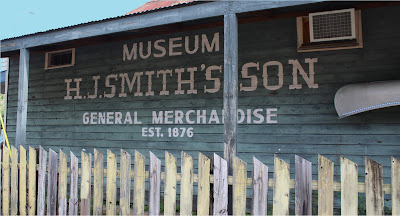 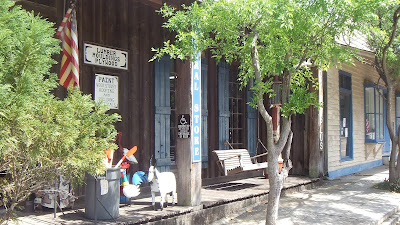 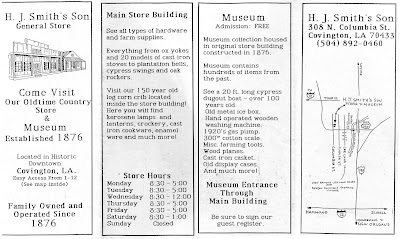 An old brochure describing the store and museum 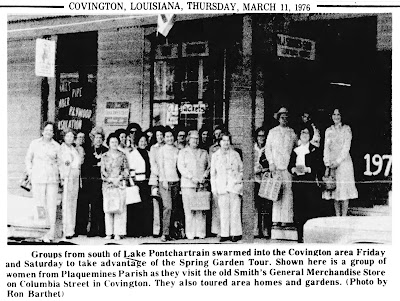 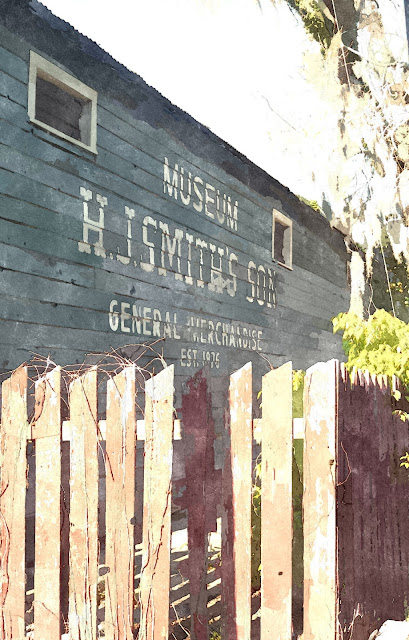 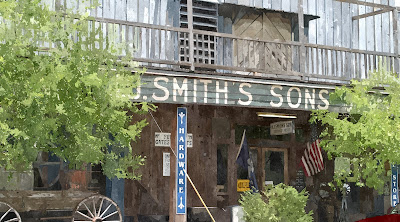 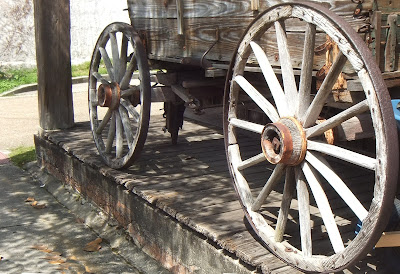 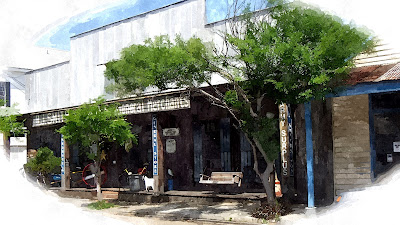 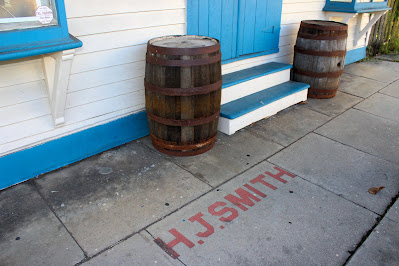 Signs of the Times in the H.J. Smith Museum