Over the years, many newspapers have served the citizens of St.Tammany Parish. The photograph below  shows some of the news media available in 1979. 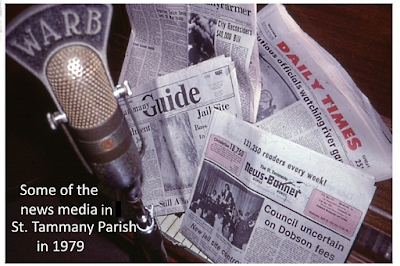 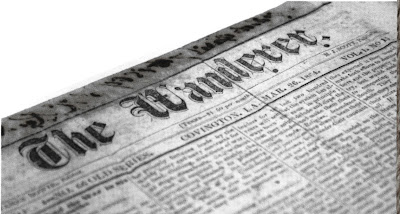 St. Tammany Parish and the Covington area in particular have been served throughout the years by a host of newspapers.

From the earliest times in the parish history, the parish has been covered by New Orleans newspapers, state newspapers and a number of local enterprises each of which knew that Covington was a special place of activity where much of the commerce and industry was going on.

One of the first newspapers to serve the area was the New Orleans Argus, owned and edited by Manuel Crugat in the year 1827. News of St. Tammany often graced its pages, since the Ozone Belt was considered a resort by many New Orleanians at that time.

The Louisiana Advertiser served the area from 1823 to 1832, and the Louisiana Advocate began in 1852 with Joseph D. Davenport serving as editor with particular interest in St. Tam­many and Covington. 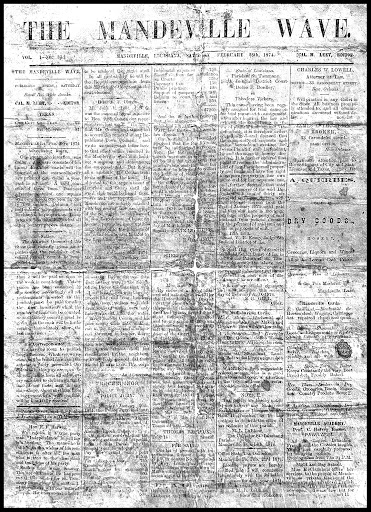 The New Orleans Bee, a French newspaper, circulated around the year 1858.
In 1834, a newspaper called the Chronicle contained some notices of St. Tammany, printed in both English and French.

In 1834, a New Orleans paper called the Commercial Bulletin was also making the rounds in St. Tammany Parish.

From 1818 to 1824, the Louisiana Courrier was a somewhat popular newspaper, while in 1860, a New Orleans paper called the Crescent was available in the parish.

Other newspapers being printed at that time with occasional mention of St. Tammany were the Louisiana Gazette, 1818 through 1824, The New Orleans Patriot, 1881. Larua Web Richards, editor and proprietor and the Southern Sentinel, a weekly published in Iberville Parish around 1856. 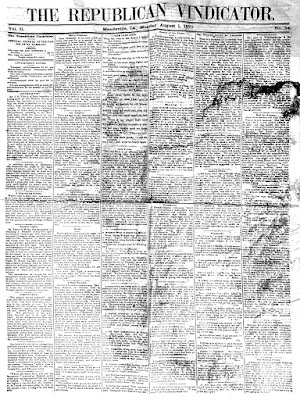 The Republican Vindicator, Mandeville, LA 1870
Papers within the parish published around that time included the Mandeville Wave, 1860 to 1875, Col. M. Lee, Editor; the St. Tammany Observer in 1872 and the Covington Palladium, 1832. with Joseph D. Davenport as Editor. 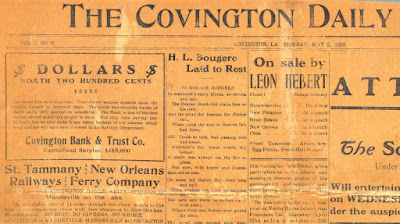 The Covington Daily News of 1909 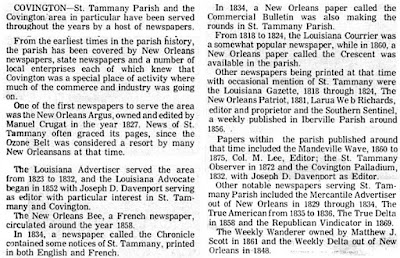 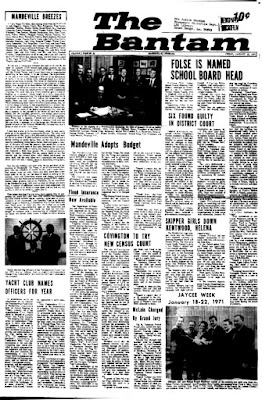 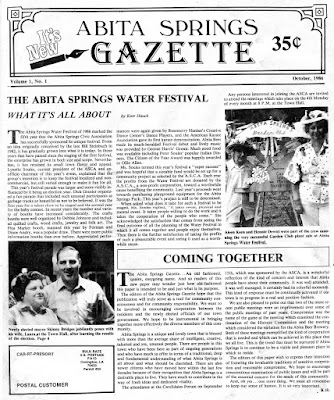 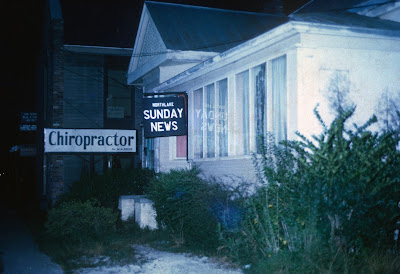 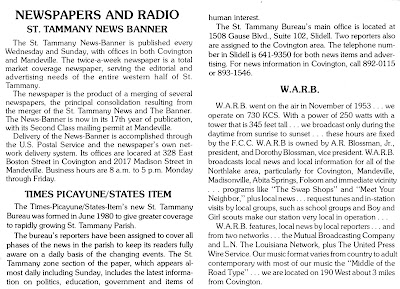 Click on the image above for a larger, more readable version.

The News Banner and Sentry News
According to the Slidell Sentry News website, its replacement publication, the St. Tammany News, was born when Hurricane Katrina blew through the Gulf Coast region on Aug. 29, 2005.

"The staffs of the News Banner and Slidell Sentry-News came together out of necessity, as the storm surge from Lake Pontchartrain pushed flood waters through the Sentry’s first floor and left the building, as well as much of the city, in ruin.

But as days turned into weeks the papers remained as one, continuing to produce a quality community newspaper in a parish that not only suffered a major hit by Katrina but had become home to tens of thousands of new residents, displaced from their homes in other hard-hit areas.

The newspaper’s first edition after the storm – a free, eight-page section with no advertising – hit the streets Sept. 6.

Just a month after the storm St. Tammany Parish President Kevin Davis was interviewed in Covington by Today Show anchor Matt Lauer, and he was asked at what point did he feel his community was back and would be successful in its rebuilding process.”The day the local newspaper printed its first edition,” he replied without hesitation.

The St. Tammany News, born from tragedy, was a voice for the parish during the crisis and remained a viable part of the community for years to come." 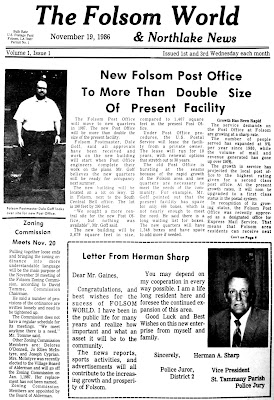 There are currently quite a few specialty magazines being published in the area, which include Sophisticated Woman, and Edge of the Lake.