In 1884, a historical summary and argument in support of the claim by the Louisiana Florida Parishes was printed for presentation to the U.S. Senate and House of Representatives. What claim is that? The one dealing with the land area that was once occupied by the "Free, Sovereign and Independent State of West Florida." Click here for more information about that.

That short-lived independent state ( in 1810) caused some complicated legal issues apparently, after the area was brought into the United States through a questionable and inappropriate manner, according to some participants. Basically, the United States just took it over because it was part of the Louisiana Purchase, even though that was in dispute. The people living there thought they had made it clear they were a newly-declared independent nation who wanted to negotiate treaties with the United States and be admitted with some ceremony. 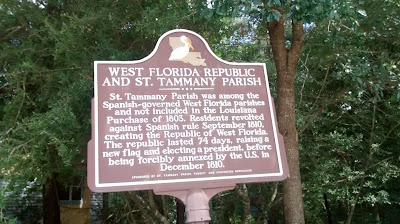 Although it is quite a serious and lengthy read, the document is enlightening about the claims, counter claims and frustrations which emerge when real estate goes from British to Spanish to independence and then to American ownership in a relatively short period of time. 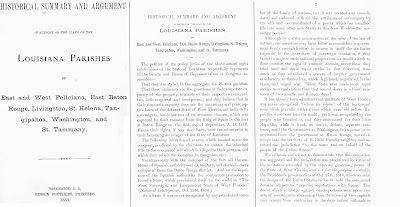 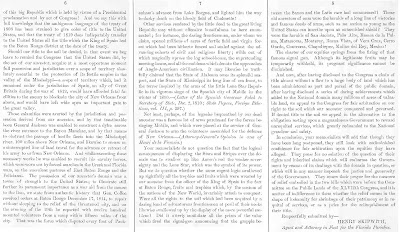 Click here for a PDF version of the legal claim that was made before the U.S. Congress. 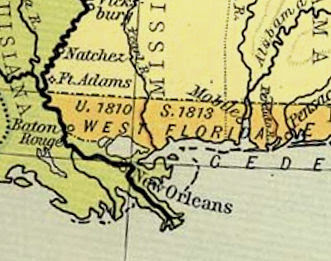 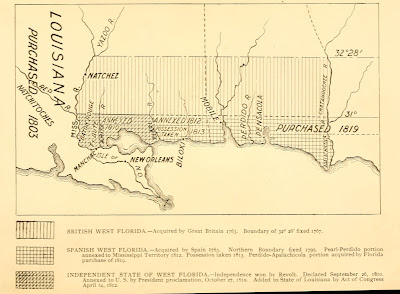 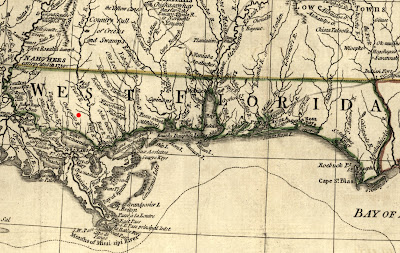