Over the years, St. Tammany has been home to several large shipyards. Thousands of men and women worked there daily, contributing to the well-being of the U.S. maritime fleet and warships when needed. Here are some photographs of those shipyards.Click on the images to make them larger. 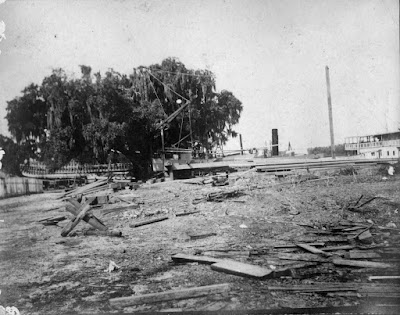 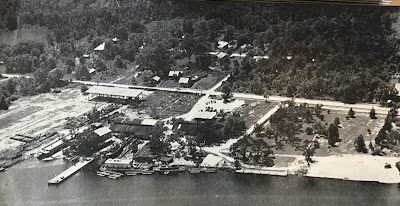 Jahncke Shipyards at Madisonville, above 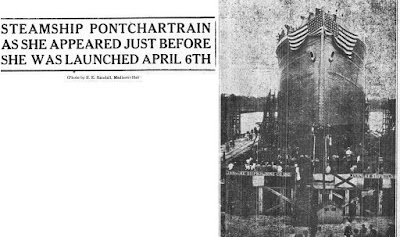 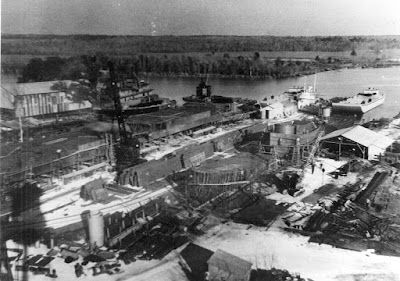 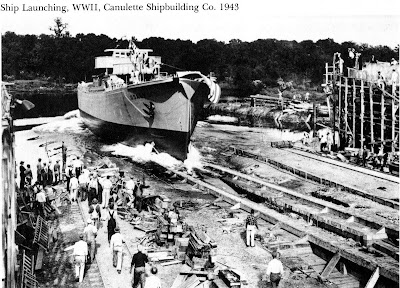 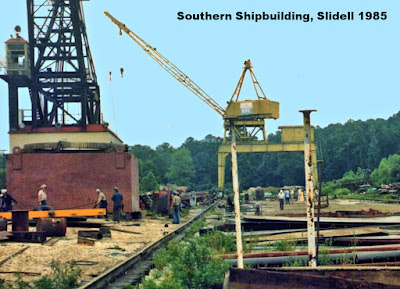 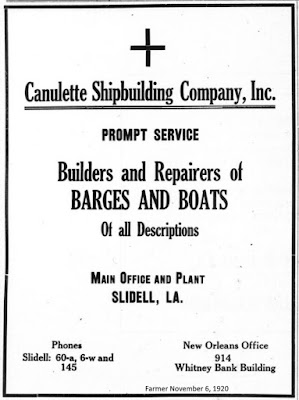 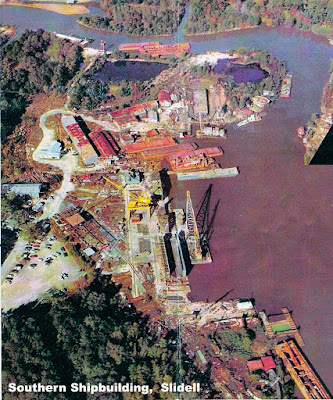 Southern Shipbuilding closed in 1993 and the facility has been razed. 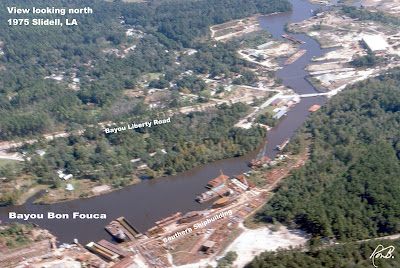 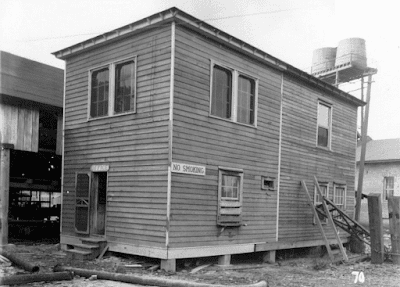 View of the office building at Louisiana Shipyard in Slidell. 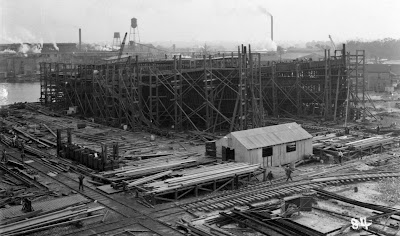 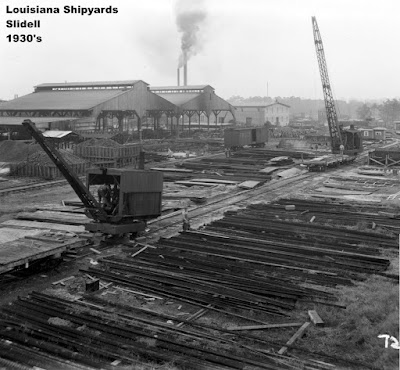 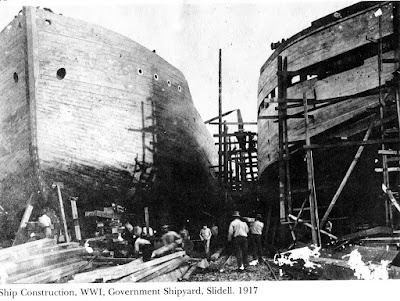 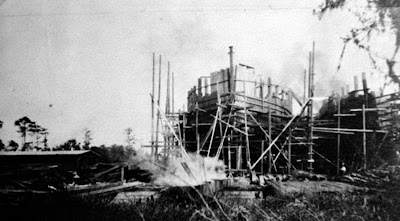 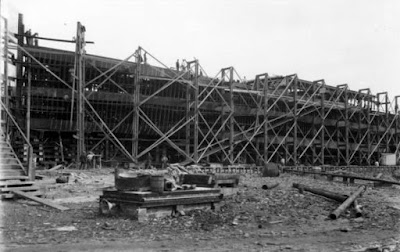 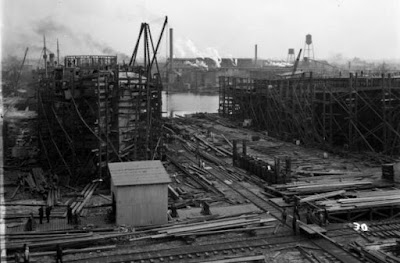 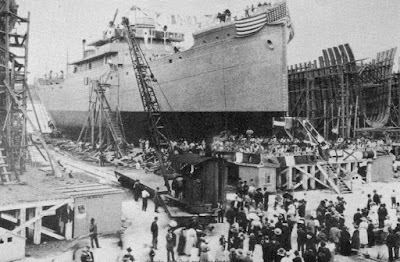 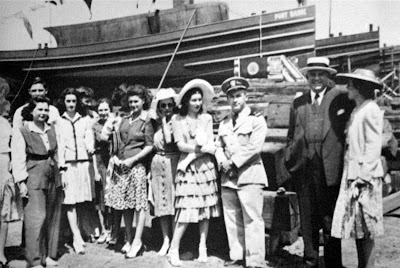 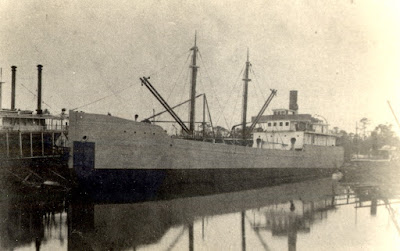 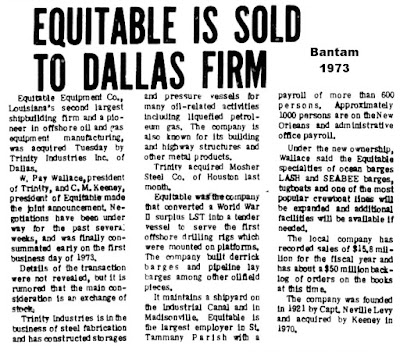 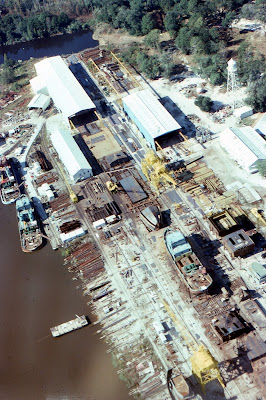 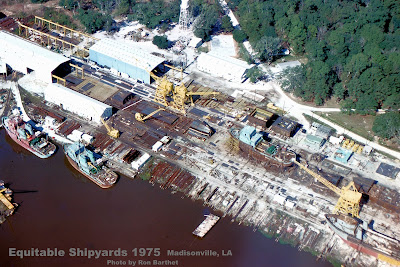 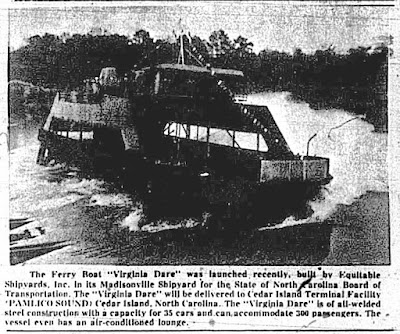 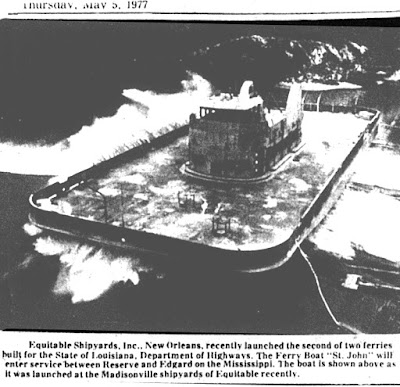 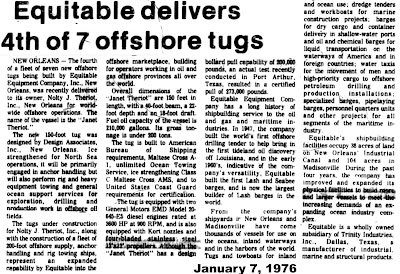 According to Tim Colton over on the shipbuildinghistory.com website,   "Equitable Equipment Company was founded by Neville Levy in 1921.  In 1966, they acquired the former Higgins Industries yard on the Industrial Canal in New Orleans, which had closed in 1963, and began to build boats there, using the name Equitable Shipyards, while the Madisonville yard continued to build barges.  Equitable was acquired by Trinity Industries in 1972 and both yards continued in operation until 1996, when Trinity spun off the New Orleans yard as part of Halter Marine Group." To view a table that attempts to list all the barges built by Trinity in the Madisonville yard, CLICK HERE. 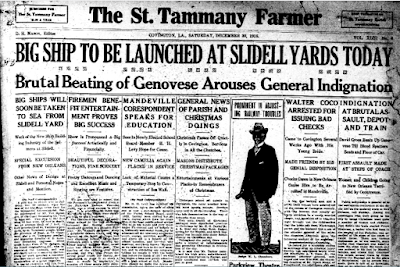 Also according to Tim Colton over on the shipbuildinghistory.com website,   "Balehi Marine of Lacombe LA was founded in 1975 by David P. Levy, a graduate of the US Naval Academy who had worked at Equitable Equipment for 30 years.  The company was unusual in that Levy, although the owner, filled the position of VP Engineering.  In addition, although small, they built boats in steel, aluminum and fiberglass. They closed in 1992.  The yard even had an unusual location, way up Lacombe Bayou, north of Slidell, miles from a navigable waterway." To see a list of ships that were built at Balehi Marine, CLICK HERE.

One of the boats built there was the Susan Bourg http://www.tugboatinformation.com/tug.cfm?id=3384 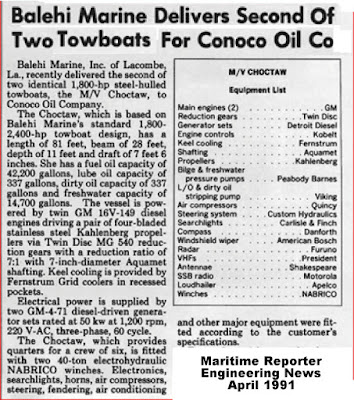 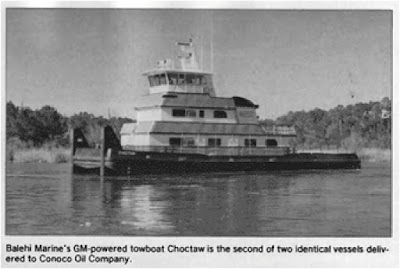