Most Talkative Bridge In The World

The Lake Pontchartrain Causeway, in addition to being a lot of concrete and steel, also has a lot of antennas sticking up here and there. Over the years the bridge has invested a lot of money into radio communications to aid motorists, communicate with marine traffic, and make things easier all the way around.
In fact, in addition to being the longest bridge in the world, it is probably "the most talkative bridge in the world," with all the different ways it uses radio to serve its customers, the motorists who drive over it everyday. And today, it has even more antennas thanks to the addition of cellular telephones and other forms of radio. 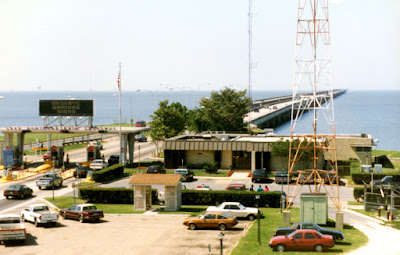 
Here is an article I wrote in 1994 for the magazine "National Scanning Report."  Some of the innovations listed in the article may seem dated now, but at the time they were put into service, they were "on the cutting edge." Click on the images below to see a larger version. 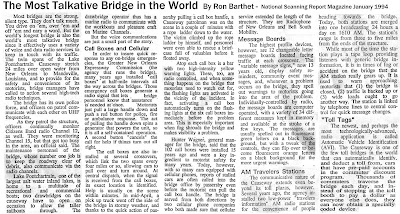 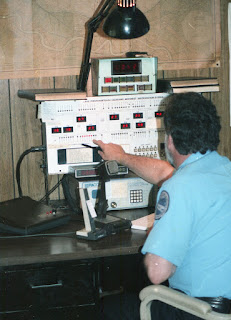 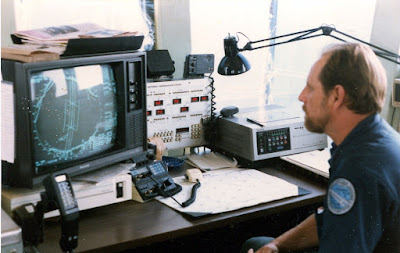 The drawbridge operators are in constant contact with radio communications and radar equipment scanning for marine traffic approaching the bridge. 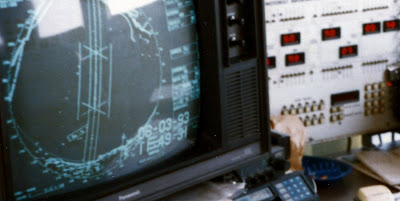 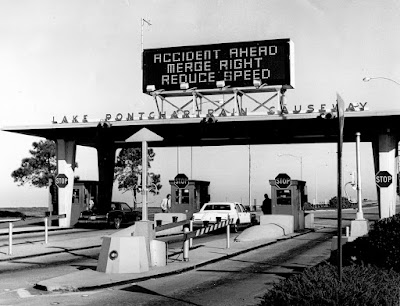 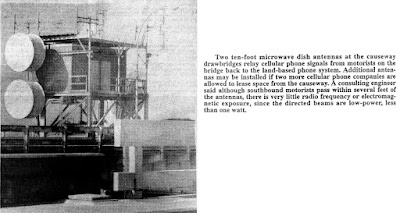 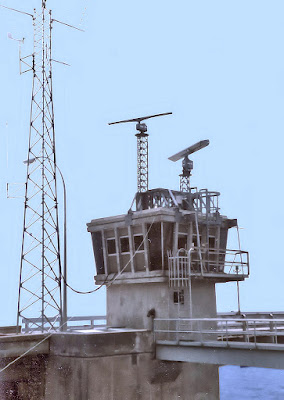 The drawbridge control booth and antennas 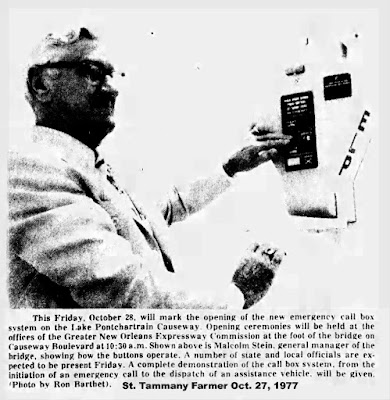