The History of the Sheriff's Office

The history of the St. Tammany Parish Sheriff's Office was given in detail in one of the "Constable on Patrol" columns written by Sgt. Winston Cavendish back in the 1980's. Here it is.

The St. Tammany Parish Sheriff's Office has been protecting and serving the parish since 1812. The first sheriff's office opened February 15 of that year in the courthouse in Enon, which was the parish seat in those days when St. Tammany Parish included what is currently Washington and Tangipahoa Parishes.The first sheriff was James Gaines, whose term of office lasted from February 12, 1812, until July 5, 1813. 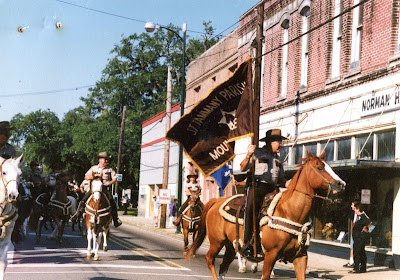 At that time, St. Tammany was a tremendous area to patrol on horseback. The roads were just narrow trails that wound through the woods and swamps, with only small makeshift bridges covering waterways. The deputies,however, built a reputation in the early years for being "rough and tough." They were a hard breed of men who were armed with a Colt 45 revolver, hunting knife, saddle, rifle, ammunition and supplies to last two weeks, the length of a patrol in those days.

The problems facing the deputies as they made their rounds through the parish were varied and included land disputes, taxes, cattle rustlers, horse thieves, outlaws and other problems following the Civil War.

In 1818, the second sheriff's office was located on Second Street and Pine Street in Covington. The construction of the courthouse there cost $20,000 and the sheriff's office remained there until 1837. In 1838, the third courthouse was built at its on East Boston Street in Covington (corner Boston and New Hampshire St.) Two large oak trees were planted in front of the building on July 1, 1857, by Sheriff John Ellis Smith in memory of the deputies who had given their lives in the line of duty. 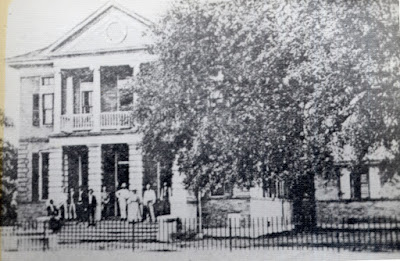 
In a strange twist of fate, the trees several years later were used to hang criminals. A scaffold was built under the limb of the oak tree on the right of the courthouse for public hanging. The last person to be hanged in our parish met his death in 1929, after being charged with rape and murder of parish women. 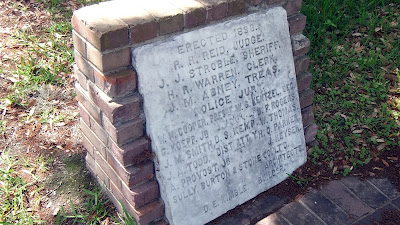 The old courthouse building did not include a jail originally, so a new courthouse was built in 1959, with a jail on the third floor. The courtroom was on the second floor, and the sheriff's office, radio room, and business office were on the first floor. 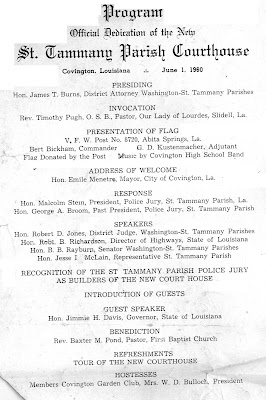 The printed program for the 1960 Courthouse Dedication


The shortest term of office for a St. Tammany Parish Sheriff was six months for John B. Baham. The longest term, twenty years, was a tie between Sheriff Thomas E. Brewster (1900-1920) and Sheriff Walter Galatas (1920-1940).

During the 1930's the most unpopular job for the deputies was to look for "rot gut" stills. The prohibition era in St. Tammany Parish did not host the famous criminals such as Dillinger, Al Capone, and Baby Face  Nelson, but two notorious gangsters, Bonnie and Clyde, were hunted by Louisiana and St. Tammany law officials and finally shot near Shreveport, LA. 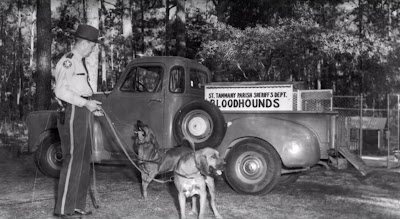 Local criminals imitated the big-time gangsters by robbing gas stations, banks and stores with sawed-off shotguns and automatic rifles. During this same time, without radios to assist, the Sheriff's department installed a red light at the White House Restaurant on Front Street in Slidell. The restaurant would take calls and messages. If the deputies drove by and saw the light flashing, they would stop and collect the messages or calls.

The White Kitchen Restaurant in Slidell


The Posse has always been a significant part of any Sheriff's department. In the late 1800's it was a common practice for the sheriff to deputize citizens at a salary of five cents a day to assist the Sheriff in the apprehension of criminals during the time that justice was swift and the law was the gun and the rope. 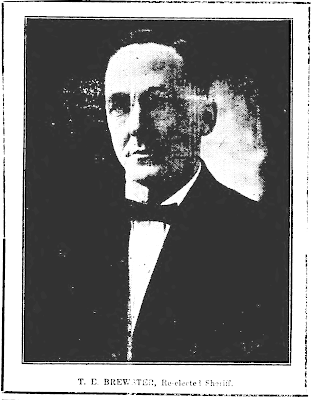 https://www.stpso.com/about/history/
Posted by Ron Barthet at 10:10 AM