In 1972 I took a picture of Henry Fonda while he was shooting a movie on the Pearl River canal near Evans Creek, just south of Talisheek. He was resting in-between takes on the movie set when two extras in the movie spotted me with a camera and asked me to take a picture of them with the famous actor.

He smiled, I took his picture, and then he went back to his nap. The film was using the location on the canal to shoot a ferry crossing, a big raft that was moved from one side of the canal to the other by pulling a rope that was strung across the water.

The name of the movie was "My Name Is Nobody," and it was produced by an Italian film company. The movie was filmed in part in New Orleans also.

Here's the photo, which was published again in 1982, shortly after Fonda's death, to commemorate his visit to the St. Tammany community. Click on the image to see a larger version. 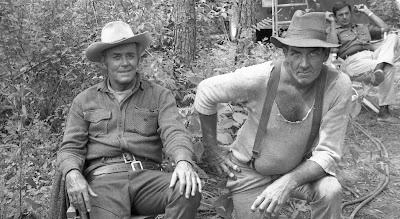 Here are some additional photos of the film location, the ferry going across the canal, and the shack on the other side where people were "fishing." 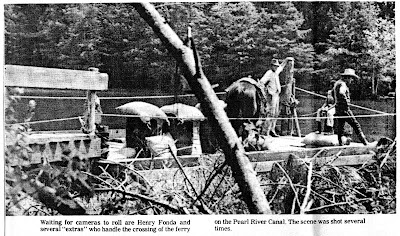 Fonda is on the right, pulling on the rope.

Charles Sterling recently posted some color photographs of the Henry Fonda visit to the Pearl River Canal. Thanks for sharing them. Here they are. 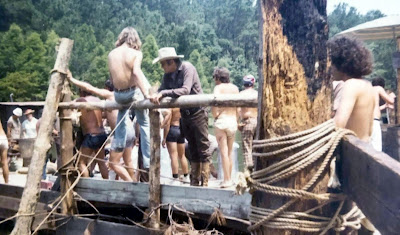 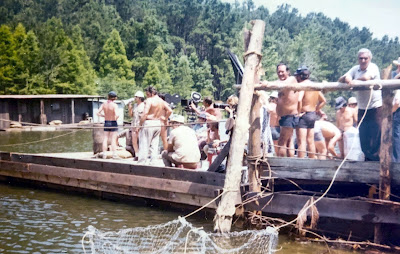 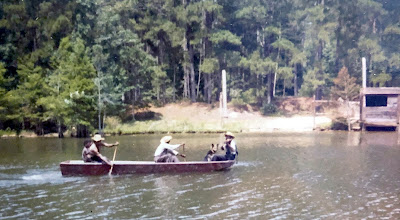 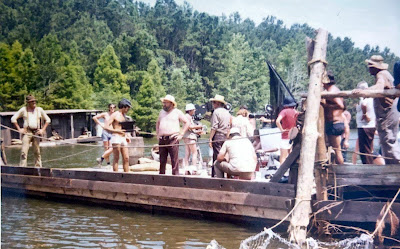 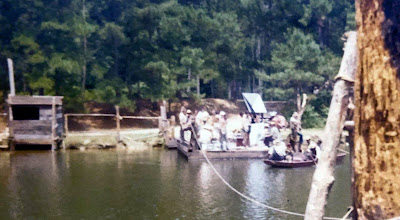 Sterling offers aerial drone photography and other services over at this very interesting website:
https://www.zephyrdronesllc.com/